Missions of the European Association of Synergology

Getting together all of the European synergologists

Synergologists can have access to quality information we provide for them in order to encourage sharing as well as transmission of data and knowledge of Synergology.
We also make sure that the code of ethics is strictly followed.

Thanks to ongoing training, synergologists can update their knowledge basing themselves on the latest discoveries synergology has made. It varies from an annual session to interaction between synergologists or again feedback of experiences in a professional environment or on a personal level.

Synergologists look after the trainees’ stages reports, which makes it possible to identify innovations for qualified synergologists to share. Neurobiology also allows us to guarantee the principle of falsifiability synergology works on.

What are we talking about?

Synergology looks at the body language of human beings.
Through developing a synergologist’s vision, one can understand people better and differently. One can pay more attention to people with accurate tools and techniques and make suggestions in terms of communication.
Synergology is anchored in a multidisciplinary field right in between neurosciences and communication sciences.

Synergology looks at body language.
It aims at decrypting the functioning of human spirit by paying attention to its body language in order to provide the most adapted communication.
This specific vision also helps for self-understanding because the messages we give to people, people’s way of looking at us, allow a better reading of the projections people have on us.

Synergology helps measure with precision and reliability the existing gap between what is said and what simply is.
It identifies communication hiatus. It also shows us how incoherent we can be with ourselves when we communicate with others.
Synergology has two more unique advantages over other disciplines: it has a method and a classification grid of body language information and moreover, you can actually see what it is talking about! 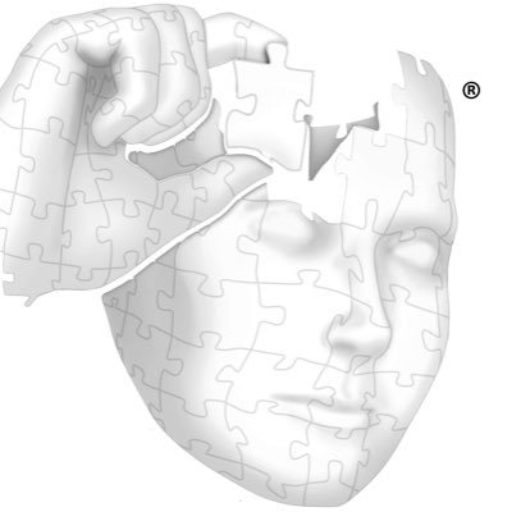 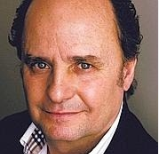 Honorary President of the A.E.S. 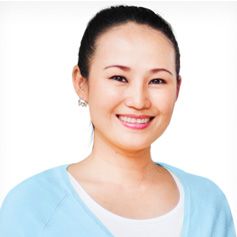 As a HR Business Partner, I use synergology in job interviews or in troublesome interviews.  This allows me to detect contradictory elements and then I can dig into it all using questioning.  I also use it to evaluate the future working relationship between the manager and the potential future partner. It also turns out to be very useful to help my friends when they ask for my advice and support. 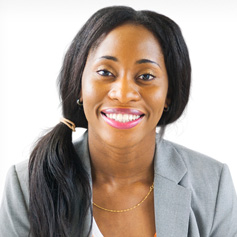 A clinician and military psychologist, a trainer for people thrown into field operations, I implement synergology in order to make soldiers aware of people’s potential or hostile reactions when meeting them.

Whilst in West Africa making a survey about the embezzlement of humanitarian assistance relating to Ebola, I was flabbergasted to see what synergology can offer in terms of complementary information. That strengthened my determination to get to know this tool better for the benefit of my job. 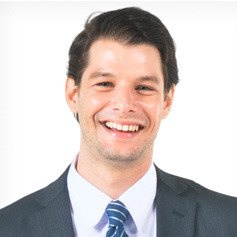 An osteopath and physiotherapist, I have a daily professional interaction with people.  Listening to your patient’s speech, symptoms and body language is essential to understand what the problem is. According to my patient’s behaviour from the moment he is in the waiting room, synergology allows me to go quicker when asking questions. 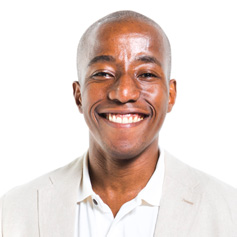 Synergology has tremendously improved my personal and professional communication.  I target the questions I ask in a much better way than before in professional meetings and it helps me a lot in the everyday life when I interact with other people.

Pierre-Marie, how to free oneself from unconscious functioning

Pierre-Marie Gaillot explains how he has come out of a Cartesian and rational vision to move forward toward more comfortable and fairer relationships with people.

more...
Pierre-Marie Gaillot works as an engineer in a company which, on the one hand, deals with mechanics research for SMEs and on the other hand guide them individually as to how to improve their performance. He has been managing teams and projects for 16 years. These numerous projects vary from selling a service to equipment design (making materials lighter for example) with, in between, structuring and managing projects dealing with supporting SMEs both on a regional and national scale. One of the main objectives is to give back power to individuals. Environmental, technological, economical and social issues are relevant. Through the complexity of these projects, Pierre-Marie meets lots of different people: technicians, CEOs, politicians or lobbyists. Therefore, it is important, for him, to build up a good quality relationship with these people whose objectives can sometimes be contradictory. Pierre-Marie wanted to get out of a strong rational system and give priority to relationships. «I wanted to see more than « pure science » and equations ». This determination came along at the same as « lie to me » was released on tel. Pierre-Marie then started to surf on the net to find out information about body language. He read Philippe Turchet’s book (Le Langage Universel du Corps©) and starting training with Stephen Bunard for 3 days. This is how he discovered what micro-itching was about. « I understood why I wouldn’t stop scratching when I was reading Philippe’s book». He said smiling. After this first training course, he decided to go further and followed the IES training cursus (Institut Européen de Synergologie®). «I didn’t know whether I was going to carry on at first. It was upsetting my rational vision of things after training as an engineer. And anyway, why questioning successful ways of functioning on a professional level? ». I was able to see things differently after session number 8, after working on emotions the theory of relationships. It is what allowed him to look at relationships in a different manner. After he graduated, Pierre-Marie carried on working on his observation of body language in order to facilitate new relationships and provide quality interaction.  «I used to rely on words and written expression». Pierre-Marie also wanted to know whether people were involved and eager to understand what happens in a fair relationship.  «I therefore observe a colleague taking care of an interview and I intervene when I see a ballon synergologique ® 1». Pierre-Marie observes absolutely everything in his daily life. «The situations themselves show me about what to observe: Authority Representation2, Emotional Grid, 3S3 ». Pierre-Marie doesn’t have any favourite tools, he uses synergology® to create contact and not only as diagnostic tools. He adapts to situations; e.g. with people he knows, he concentrates on «the music of the body». « I go with the flow; I simply look to see whether it looks fluid or rigid or right. ». He finds synergology useful in many daily situations. Here’s one of them: as I was working on a project, there were two people: a manager and a partner who wanted to show what he was capable of. Each had their own ideas and a conflict was about to happen. «I carefully looked at the opening and closing signs, the positioning of the head, the way they were sitting, the micro itching. One wanted to go (he was scratching his leg), the other one was trying to establish contact (he was scratching his elbow). Thanks to my observations, I was able to manage the situation which ended well». Pierre-Marie more often manages projects involving all sorts of people, with very different goals and profiles (political, strategical, commercial, technical). «With synergology, I can set up an interstitial management which proves to be extremely efficient». This is what he would say about Synergology ® : To beginners: «Don’t come for miracle recipes such as « if I do this, what does it mean? » It is complementary to a better understanding of human relationships». To young synergologists: «You have to accept self questioning as well as the action of letting go and trust emotions». To established ones: « Everything starts at that moment in time: carry on training regularly, update yourself on new progress. Practice individually but also as an inter judge in order to validate whether you see what there is to see. Isabelle Fetet has set up special evenings ». ______________________________________________________ 1 – Ballon Synergologique ®: a ball on the road which attracts all your attention because a child might cross the road….something is happening and you have to pay attention. 2 – Authority Representation: Attitude consisting of playing a specific role when exchanging information becomes a blurred exercise, i.e. when the basis is not a fair one anymore. 3 – 3S : Quality of presence : what is the person’s attitude in the relationship? Is this person in the present moment? (specular), is this person in their own world? (speculative), is this person busy overdoing it (spectacular).

The E.A.S.’s board of directors

Please find below how you can get in touch with the members of E.A.S.’s board of directors: 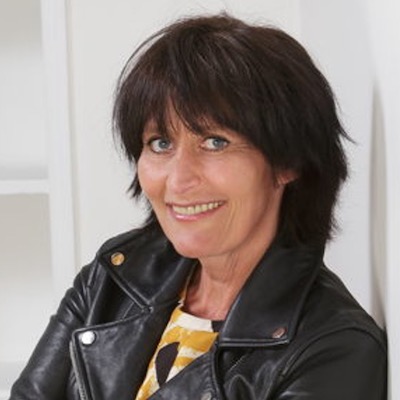 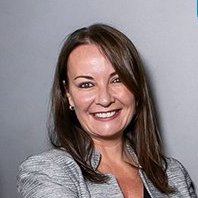 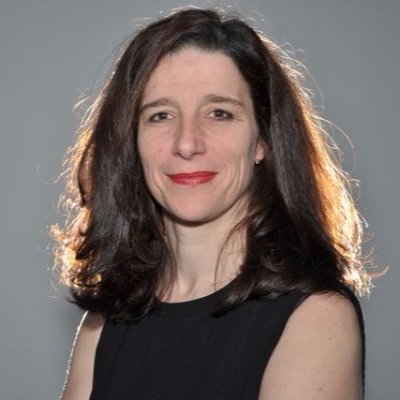 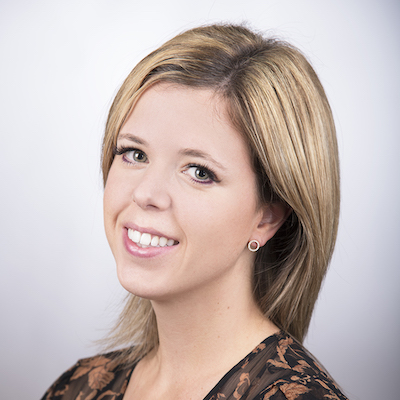 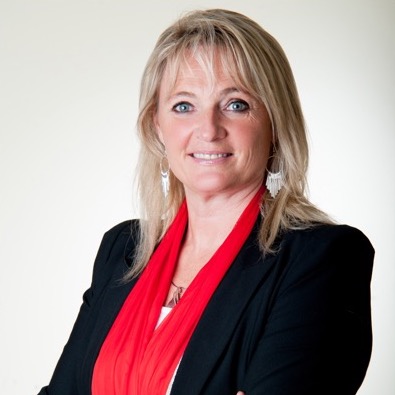 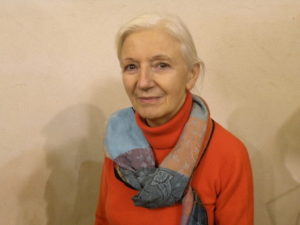 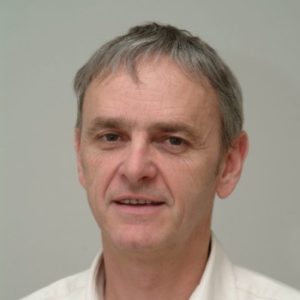 OUR ASSOCIATION HAS MORE THAN
0
CERTIFIED SYNERGOLOGISTS

Consult the presentation sheets of the members of our association:

For any type of information, you can use the form below to write to us:

Where our various training centres are